Last week we enjoyed our annual stint at the Minneapolis Home & Garden Show. It’s always an exciting event featuring the latest in home improvement and care, as well as a host of foodie freebies, and other fun stuff you didn’t know you needed. A good time was had by American Glass employees, getting out and meeting people, discussing visitors’ current projects and dream showers, watching children make a beeline for the Sunburst cast glass door so they can put their sticky hands all over it and claim it as their own.

One thing that becomes obvious by the end of the show is that there are a lot of people out there with similar quandaries when it comes to frameless shower doors. So, our blog seemed like a good venue to address a few common questions; let’s start with, “If I want to remove a framed shower and have a frameless shower installed, but want to keep the same enclosure, what do I do about the holes left behind where the metal was fastened?”

First thing to know is how many holes you’re dealing with. Typically, the only screws used to fix the shower to the surround are drilled through the wall jambs. Most often, you’ll find three holes on both walls. Fortunately, the sill usually isn’t screwed down to the threshold, meaning there isn’t any repair that needs to be done there. So, you’re not undertaking major repairs to get your enclosure ready for a frameless shower. Also, you may consider only patching the holes on the side that your frameless door will be hung, since you can center the u-channel over the holes on the panel side. This means only three holes need filling!

As far as cleaning up the silicon and other unsightly remnants of your framed shower goes, start with a razorblade knife. Using this at about a 45 degree angle, you should be able to get up the old silicon without too much struggle while preventing any damage to the enclosure. Clean up the left over mildew, stains, etc. with Clorox spray, Goo Gone, and/or WD-40 (Yes, WD-40!)

Now it’s time to take care of those holes and there are a few ways to go about this. The ideal thing would be to replace the individual drilled-through tiles with some originals you had leftover. Clearly not an option for everyone, so what else? Your best bet is to pick up some Bondo Fiber-glass Resin (15 bucks at your local hardware store or any major home improvement retailer). Using a putty knife slightly overfill your holes with the resin/hardener mix and once it becomes slightly rubbery, level it off with your razorblade knife. Give it a couple hours then hit it with wetted, 600-grit sandpaper.

Another option for filling the holes is caulk, although this would only work well with a limited range of tile colors. Once the holes are filled, you’ll want to touch up the patch with a paint that matches or blends in with your tilework. Pick up some acrylic paint at an arts-and-crafts store – you may need to mix a few to get that color just right.

I’m going to share one last route you can take, a favorite of mine, that will save you from futzing around filling holes. FYI, those of you with fiberglass surrounds should definitely pay attention, since this is the only way to do heavy glass without ripping out your surround and putting in a tile enclosure. Cardinal manufactures a frameless shower system, called the TruFit series. As you can see from the photo, both the door and panel look like a typical frameless custom shower, the main difference being found along the hinge side of the door where you’d typically find just the two wall-mounted, swing-style hinges. This shower door has a custom jamb that would cover the holes left by the framed shower you removed. As I mentioned before, this shower is pretty versatile since it can be used in a fiberglass surround, thanks to the extra support supplied by this jamb.

It’s a beautiful shower and might be the way to go if you’re having trouble masking the holes or you just can’t be bothered with it. Stop by our showroom to see the TruFit series in person, and other custom glass shower options for your Minneapolis shower. 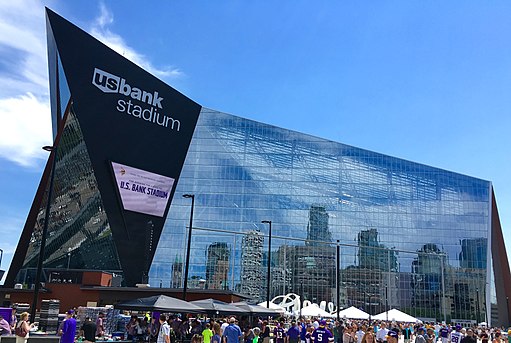 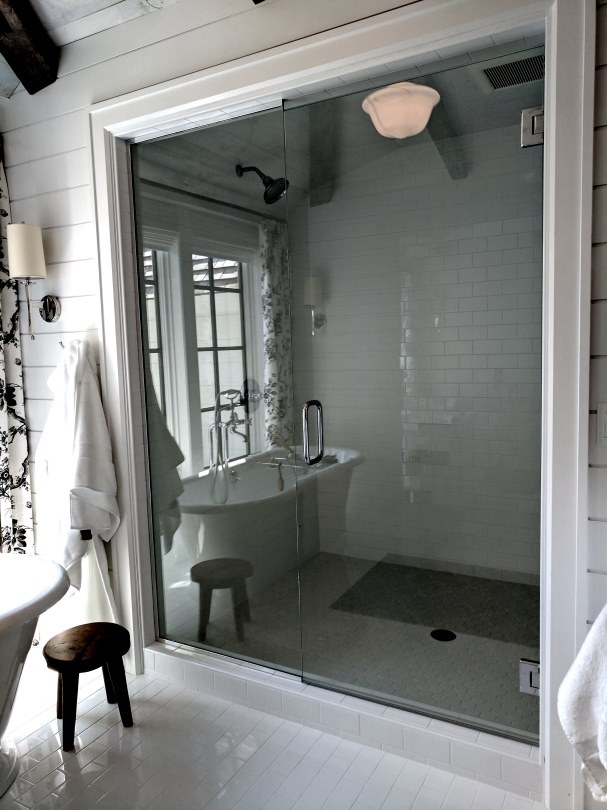